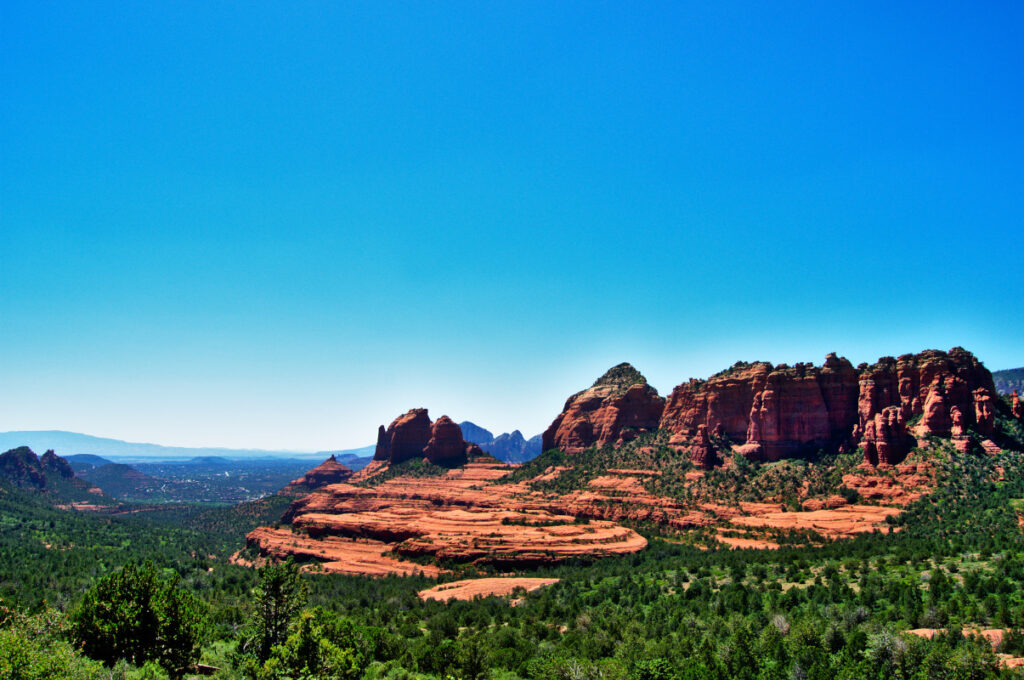 So, I have one word to describe Phoeniz, Arizona – hot! Thankfully, my visit to Arizona didn’t stop there. Otherwise, I would have gotten on the first airplane back to New York. Thankfully, my trip to Arizona took me to a number of different towns – Fort Verde, Flagstaff and of course Sedona. And, like the title says, I am going to spend some time on the last location and share some of the sights and experiences of my run through Sedona. 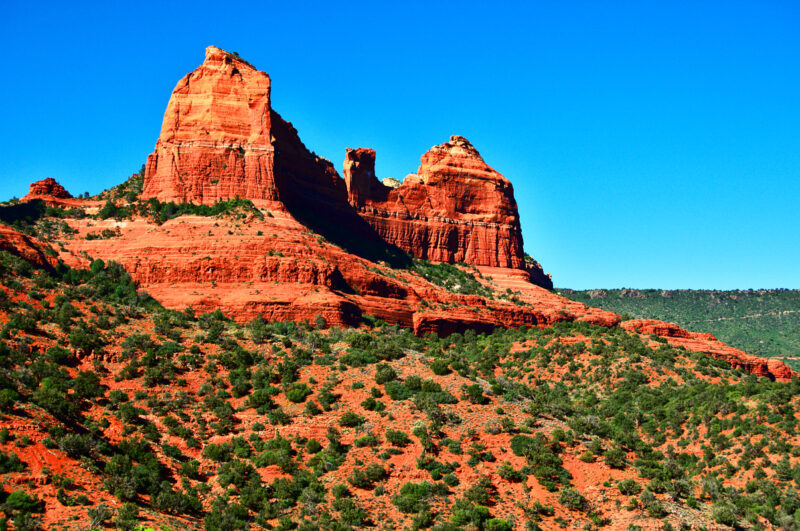 On my final day in Arizona, I took an excursion through Sedona and its surroundings. Without a doubt, it is a tourist trap with numerous crystal shops, mystical healing spas and ATV rides. But the landscape is surreal and beautiful. With its red rock spires which shoot out of the desert landscape at random locations, the landscape looks extra terrestrial. 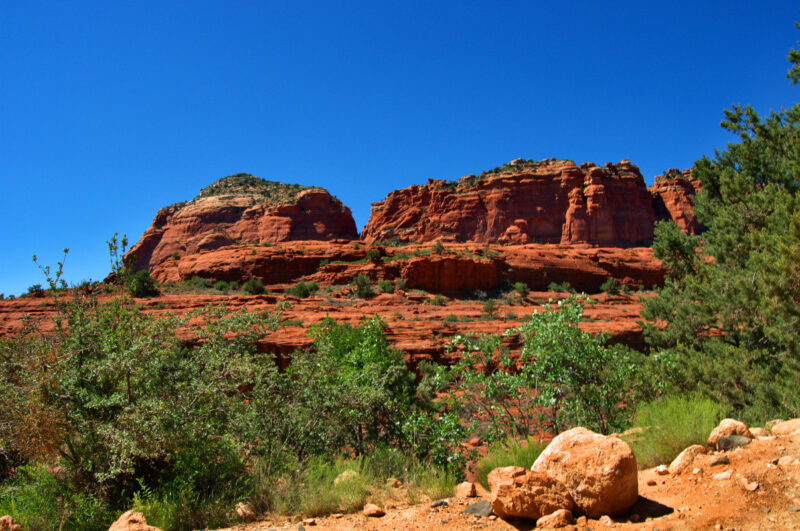 I had initially thought the rock towers were formed from tectonic plate action or volcanic action. That was what formed the mountainous structures of the Caribbean. But, as I later found out, the were formed from erosion. Most of Arizona was part of the sea bed and composed of layers of sandstone which was compressed. The layers slowly eroded away from rain and weathering when that area of the seabed was lifted out of the water due to the collision of the Pacific and American Plates. If you can imagine standing on a beach, when a wave breaks, surrounds your feet and slowly recedes back into the sea, your weight keeps the sand beneath your feet steady while everything else erodes away. Likewise, the hardest parts of the sandstone remains intact and the weaker parts crumble away, eroded by wind, rain and occasional flooding. 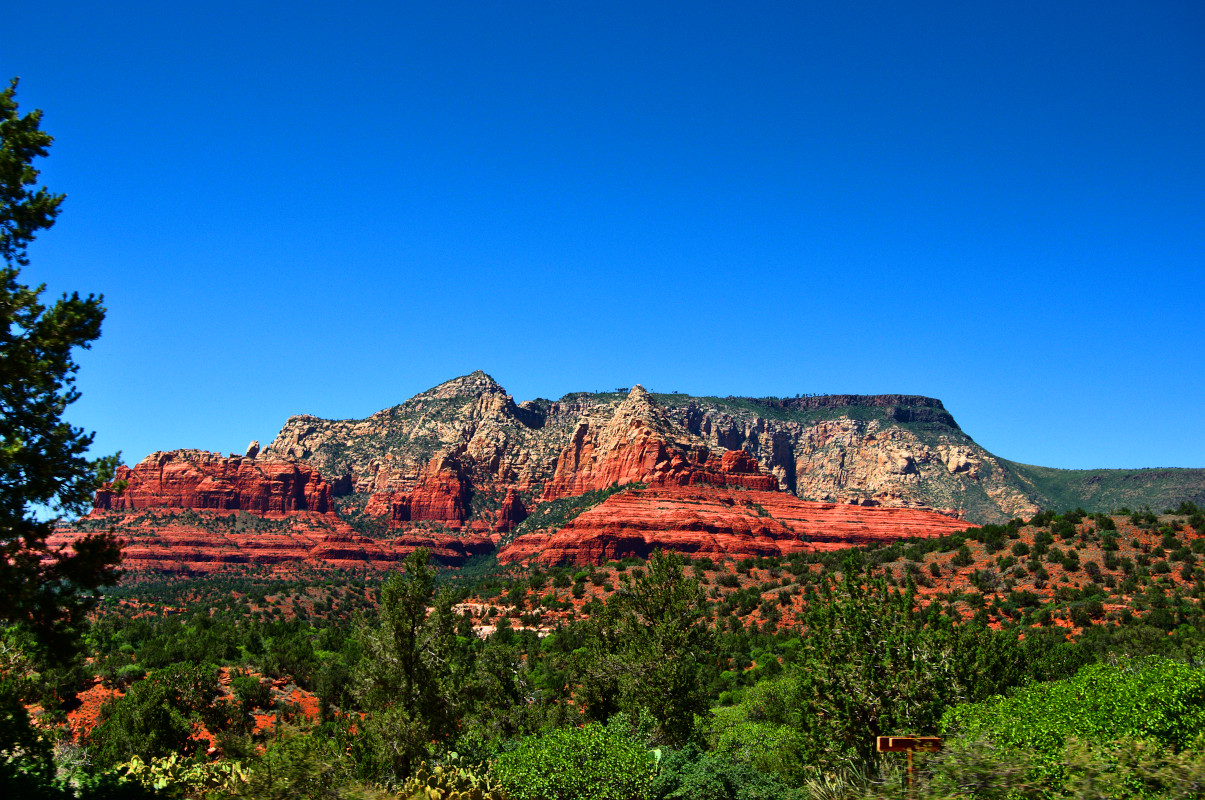 Mark you, not all of the rock formations are red. The red color is as a result of iron ore deposits which have oxidized and created a reddish pigment. Essentially, it is a lot of rust deposits but a very thin one. I would like to take credit for being a walking encyclopedia, but thanks to a guide who helped me and my friends navigate the surrounding mountain range of Sedona, I learned that the scientists have dissected small grains of sandstone from the area and found their centers to be white. Consequently, it is not unusual to find layers of red and white sandstone sandwiched together.

Unfortunately, after three hours of taking a tour of the surrounding region of Sedona, it all came to an end placing me back where it began, in the town of Sedona. Although, my adventure in Arizona had not concluded as yet, my run through Sedona was over and I climbed into a car with some of my friends and made a beeline back to Phoeniz. Through the trip, I took the opportunity to review the photos I had taken off the surreal landscape, the red rock spires, the blended white and red sandstone and what I had cataloged and learned of the lovely little tourist trap which is Sedona.