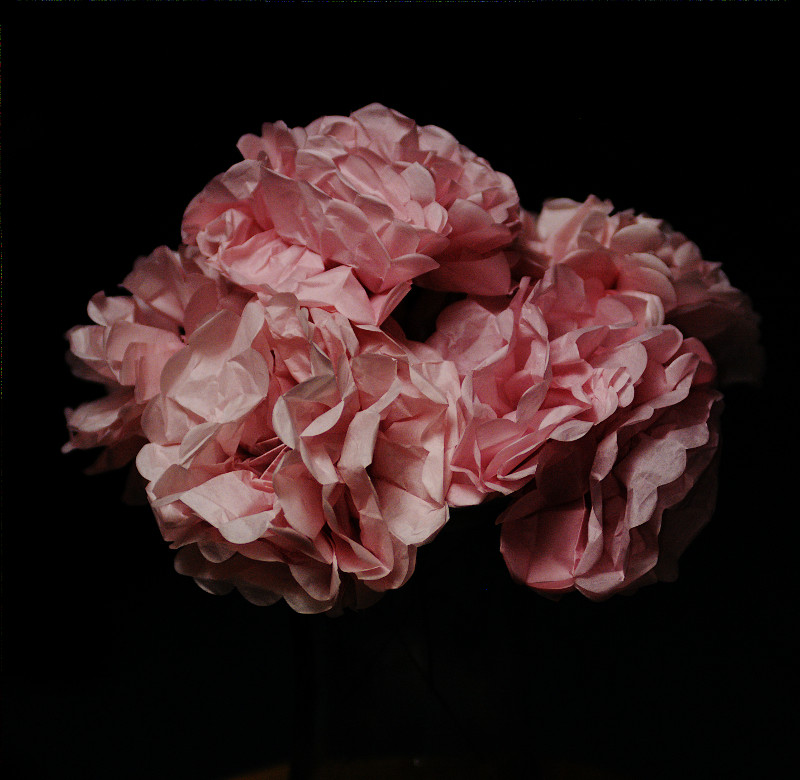 Feeling some anxiety to experiment with light, I decided to take it upon myself to see what else can be produced with shadows. I was reminiscing on the work I had done on Memorial Day and wanted to see if I could create something equally intriguing by enveloping my subject with light. I decided to conduct a series of light experiments on some pink carnations which I found in the office at work.

The premise of the light experiment was simple. I simply worked on eliminating the background completely, leaving the focus on the subject matter. This is exactly what I did by utilizing my external flash to overpower the existing ambient light. What resulted is a simple, but beautiful landscape of pink and brown hues which slowly fade to black. The effect is effective to the point that it creates a perceived three dimensional depth to the image.

In all it was a good experiment, but I think that it only touches on what I wanted to accomplish with the image. Something still felt absent and I believe only more experimentation is going to reveal what is truly possible with the lighting set-up I am putting together.

Nevertheless, it came close to what I was trying to create since I was shooting for some mystery with the display of the pink carnations.  But, it helped me see what is possible through strategic lighting of a scene and aptly fast shutter speed.