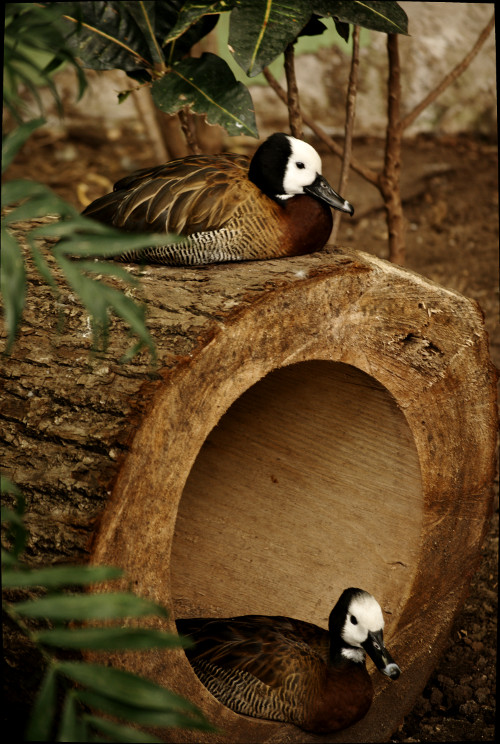 It has been quite some time since I have had an opportunity to visit the Rosamond Gifford Zoo in Syracuse, NY.  And, at the first opportunity to do so, I leapt at the chance. I had always enjoyed the zoo visits I made when I lived in Syracuse, as it allowed me the opportunity to explore a bit of the exotic.  Further, it allowed me to bring a slightly different flavour of content to my images. So, at the suggestion to visit the zoo with some friends, I quite literally got my ducks in a row, jumped into my car and hit the highway.

Without fail, the trip to zoo filled me with excitement and wonder and I couldn’t keep my camera from my eye. It was a joy to be among the various aquariums, and underwater life, among the birds of the aviary, the primates, and other species of animals. I am certainly no Tarzan, but I am pretty sure as I made my way through the twists and turns of the zoo, the animals were all whispering to themselves — boys, and so as to not sound politically incorrect,  girls, he is back,  strike a pose! At least, that is the thought which consumed my mind when I shot the photograph in this post — Ducks in a Row. Though it may appear so, the composition was not posed. I literally walked upon two ducks roosting in and on a log, one atop the other. Thankfully, they were not bothered by the sound of my shutter release going off nor my indulgence in trying to to organize the elements in the frame both vertically or horizontally. Thus, I was able to accomplish the photograph shown here.  Although, I took numerous other photographs while meandering through the zoo, that stands out as one of the more outstanding images i shot that day simply because of its idiomatic undertones.

In all it was a good day at the zoo, and I can’t recommend the Rosamond Gifford Zoo enough as it never fails to delight. But, as most start to get their New Year’s resolutions together and to focus on what needs to be accomplished, I am probably the only one who can argue figuratively as well as literally, I got all my Ducks in a Row.

2 thoughts on “Ducks in a Row”