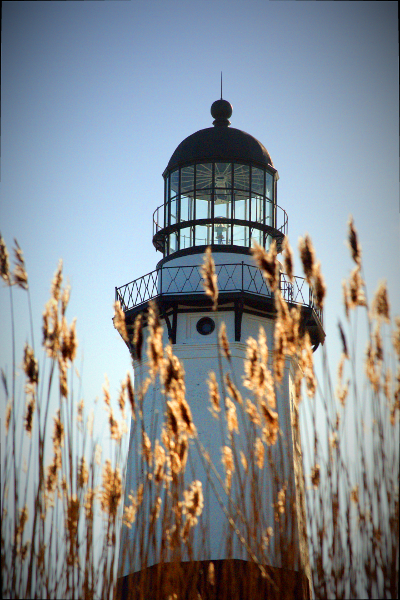 Like the opening chorus of the song from STAIND, it’s been a while since I have last posted on my blog and given some insight as to what I am currently up to.  It has been a little over a month now since I have relocated to Long Island NY and I am still getting settled in. However, at this point, I am starting to explore the place a little; And, one of the first places I have visited since being on the island is the Montauk Point Lighthouse which I have illustrated in this photo posted on the left – Lighthouse in the Reeds – Montauk Point Lighthouse.

Montauk Point is one of the more easterly facing points on the island overlooking the Atlantic Ocean, and boy what a view. I personally haven’t seen the Atlantic in years now, and seeing it again was exhilarating in itself. But visiting the Point is not complete without seeing the lighthouse. Unfortunately, when I visited, access to the lighthouse was closed. So, I was unable to gather more information on the lighthouse firsthand. On the other hand, I did get to walk around the lighthouse and observe it from different vantage points – from the shoreline beneath the bluff on which the lighthouse sits, to a nearby lookout point north of the lighthouse.Among the various pictures I took that day, this is the one which stands out the most to me –  the lighthouse in the reeds.

Most of the land on and surrounding the bluffs is sand. There is very little shrubbery to hold the land back from erosion except for these reeds which grow wildly around the point. To me the lighthouse almost mimics the structure of the reeds with its slender build; So, I couldn’t help it but juxtapose the two together, illustrating the light house growing within the reeds.

The lighthouse appears to be a frequently visited spot all year round. I can only imagine what it must be like during the summer when it is a little warmer. I would certainly look forward to visiting it it again then. Till then, I will enjoy and reminisce the memories of my winter visit.

6 thoughts on “Lighthouse in the Reeds- Montauk Point Lighthouse”